The FEPS Annual Autumn Academy (AAA) was established by FEPS – Foundation for European Progressive Studies in order to connect in an instructive, inspiring debate politicians and stakeholders of the local, regional, national and the European levels. The first edition of the AAA – the first and largest closed event in the history of FEPS – took place on Monday, 7th October to Thursday 10th October 2019 in Brussels. It was focused on what the progressive political priorities should be for the new EU mandate.

To that end, the FEPS AAA proved to be a timely initiative for the participants – those nominated by FEPS network of experts and all its member foundations – to interact with the newly elected Members of the European Parliament and vast network of FEPS partners and political representatives of the European Progressive Family from other European Institutions.

The great success of the AAA, confirmed by the feedback of our invited speakers and AAA Nominees, inspires FEPS to consolidate and expand this initiative in the years to come. This confidence comes when we look at the figures:

·FEPS, its member foundations and sister organisations brought about the most diverse representation of progressive stakeholders from across 26 EU member states: from students, to local councillors, parliamentarians and senators – 64 FEPS AAA Nominees contributed to our Academy!

·FEPS framed an intense 3-day programme consisting of 3 building blocks – EU after the elections and the political panorama of today; priorities of the Progressive Family for the 2019-2024 EU mandate; 3 country-case studies, 3 EU policy fields and side visits to 3 of the EU institutions;

·The incredible support and involvement of the Progressive Family in the AAA: our thanks to PES, S&D Group in the EP, YES, PES Women, PES CoR, Rainbow Rose and IUSY!

More information about the academy

Programme of the Academy 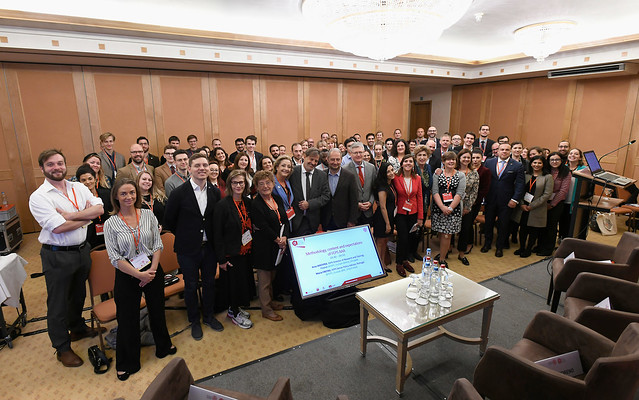 Find all related publications
Publications
See all
Markets must be designed properly to serve the common good. This is particularly evident in […]
Lessons on re-framing the public debate on the climate crisis
How can EU actions support the revitalisation of rural areas? How can EU institutions put […]
Although many volumes have already discussed several COVID-related socio-economic phenomena, relatively less attention has been […]
Find all related news
News
See all

This week, FEPS held the 2022 General Assembly (GA), the yearly meeting gathering all members […]
Find all related in the media
In the media
See all

by La Nazione 23/05/2022
XWe use cookies on our website to give you the most relevant experience by remembering your preferences and repeat visits. By clicking “Accept”,
you consent to the use of ALL the cookies. However you may visit Cookie Settings to provide a controlled consent.
Read MoreREJECTACCEPTCookie settings
Manage consent