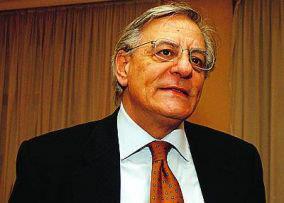 Professor of Law, University of “Roma Tre”, former Minister of Employment and former Speaker of the Senate of the Italian Republic

Cesare Salvi was born in 1948. He has been Professor of Civil Law since 1978 and he currently teaches at Roma Tre University.

He is a member of the board of directors of the Nenni Foundation and of the scientific committee of Eurispes.