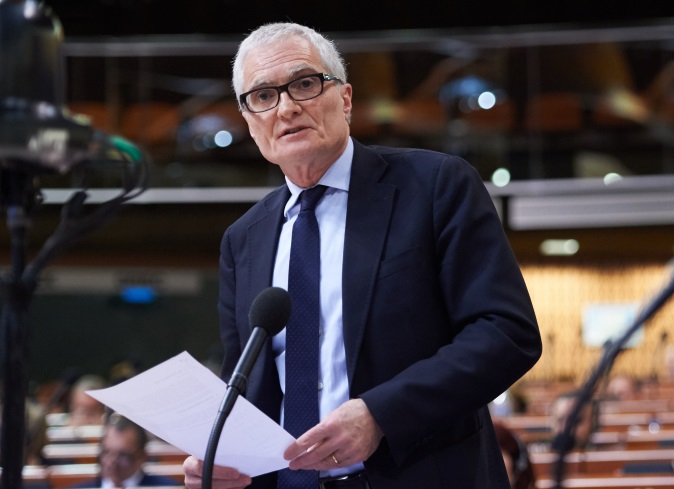 Former Member of the Italian Chamber of Deputies and President of the Parliamentary Assembly of the Council of Europe, Professor of Political Philosophy, Univerity of Trento

Michele Nicoletti is Professor of Political Philosophy at the University of Trento (Italy) and does research on the intertwining between ethics, anthropology, and political theory, and in Human Rights studies. 2013-2018 he was a member of the Parliamentary Assembly of the Council of Europe (PACE), where he was General Rapporteur of the High Level Conference on the European Social Charter (2015) and Rapporteur on the European Asylum system, the fight against corruption and the future of the European institutions. 2016/2017 he served as President of Socialist Group at the PACE and 2018 as PACE President. He is now the Coordinator of OCEAN (Open Council of Europe Academic Network), a network of major universities and academic institutions in the field of human rights, democracy and the rule of law.