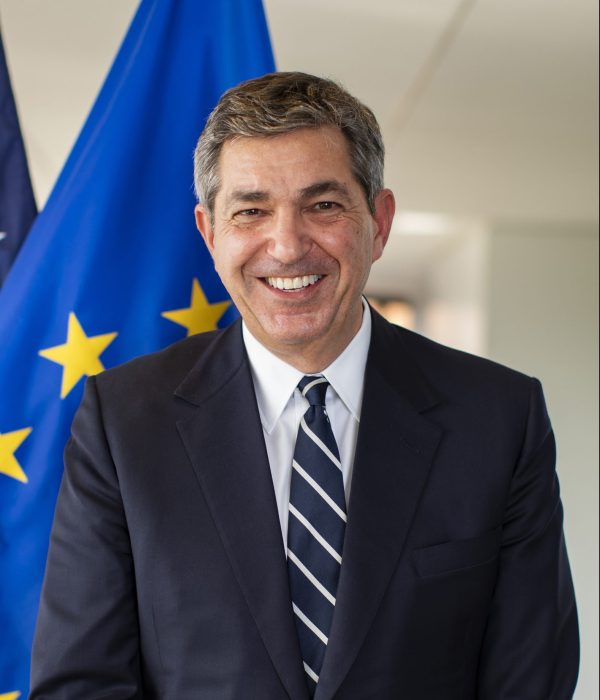 EU Special Representative for Human Rights and appointed Head of the EU delegation to the United States,

His Excellency Ambassador Stavros Lambrinidis has been the Ambassador of the European Union to the United States since March 1, 2019.

From 2012 to February 2019, he served as the EU Special Representative for Human Rights. In 2011, he was Foreign Affairs Minister of Greece. Between 2004-2011, he was twice elected as a Member of the European Parliament with the Greek Social Democratic Party (PASOK). He has also served as Vice-President of the European Parliament (2009-11), Vice-President of the Civil Liberties, Justice and Home Affairs Committee (2004-09), and Head of the PASOK Delegation (2005-11).

Between 2000-2004, Ambassador Lambrinidis was Director-General of the International Olympic Truce Centre, an International Olympic Committee organization. His other roles include Ambassador ad personam of the Hellenic Republic (1999-2004); Secretary-General of the Greek Foreign Ministry, responsible for Expatriate Greeks (1996-99); and Chief of Staff to the Greek Foreign Minister (1996).

Ambassador Lambrinidis was born in Athens in 1962. He studied Economics and Political Science at Amherst College (Bachelor of Arts, 1984) and Law at Yale Law School (Juris Doctor, 1988). He is married and has a daughter.