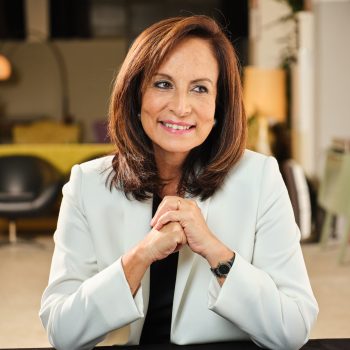 Anna Diamantopoulou is Chair of the European Commission’s High-Level Group on the future of social protection and of the welfare state in the EU and President of DIKTIO – Network for Reform in Greece and Europe, a leading non-partisan, Athens-based think tank.
Formerly Greece’s candidate for the post of OECD’s Secretary General, Ms. Diamantopoulou served as the European Commissioner for Employment, Social Affairs and Equal Opportunities, and has held several significant portfolios as a Minister in the Greek government as well. She was Minister of Development, Competitiveness and Shipping, and, prior to that, Minister of Education, Research and Technology, and Lifelong learning.
Ms. Diamantopoulou is a member of the Board of Trustees of the Brussels-based think tank Friends of Europe, a Council Member of the European Council on foreign relations (ECFR), a member of the Scientific Council of the Foundation for European Progressive Studies (FEPS) and member of the Advisory Board of the Delphi Economic forum.
Anna also sits on corporate boards, including the Board of Directors of Coca Cola HBC, an FTSE 100 company and the Global Advisory Board of KEKST CNC, a global strategic communications firm, member of Publicis Groupe.

Scientific council
Find all events with Anna DIAMANTOPOULOU
Events
See all
Virtual festival, 25-27 May 2021 ‘Recovering Europe: Mind the Social Gaps’ was the topic of […]
XWe use cookies on our website to give you the most relevant experience by remembering your preferences and repeat visits. By clicking “Accept”,
you consent to the use of ALL the cookies. However you may visit Cookie Settings to provide a controlled consent.
Read MoreREJECTACCEPTCookie settings
Manage consent