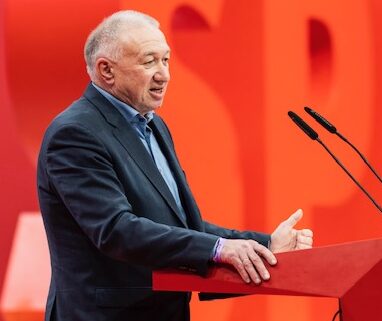 Professor of Economics at University of Duisburg-Essen

Professor of Economics at University of Duisburg-Essen. Member of the Federal Board of the Socialdemocratic Party of Germany (SPD). Chairman of the Economic Advisory Board at Federal Board of the SPD. Until 2019 Founding Director of the IMK Institute of the Hans Böckler Foundation, Düsseldorf. Non resident Research Fellow of the EU- Commission in 2016. Economic Adviser of the S&D Group in the European Parliament. Advisor to the Monetary Committee of the European Parliament 2001-2009. Chairman of Committee on Social Order to the Protestant Church in German from 2010 to 2015 and member until 2020.Studies of Economics at the University of Bonn and the London School of Economics (LSE).

Scientific council
Find all publications by Gustav HORN
Publications
See all
Edited by FEPS with the financial support of the European Parliament, this book provides contributions […]
Progressive values for the 21st century “Progressive Values for the 21st century” is the 4th Volume […]
Find all audiovisual with Gustav HORN
Audiovisual
See all
XThis website uses cookies. Some cookies are necessary for the proper functioning of the website and cannot be refused if you wish to visit the website.
Other cookies are used for Advertisement and Analytics (Sharing on social networks, video playing, analysis and statistics, personalized advertising ...) You can refuse them if you want to.
REJECTACCEPTCookie settings
Manage consent