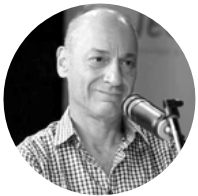 Manos Matsaganis is Professor of Public Finance at Polytechnic University of Milan (since 2016), and Head of the Greek & European Economy Observatory at the Hellenic Foundation for European & Foreign Policy ELIAMEP in Athens (since 2021). He studied at the Athens University of Economics and Business (1986), the University of York (MSc 1988), and the University of Bristol (PhD 1992). He has worked at the London School of Economics (1990-1993), the Greek Prime Minister’s Office (1997-2001), the University of Crete (1996-1999 and 2001-2004), and the Athens University of Economics and Business (2004-2016), where he founded and directed the Policy Analysis Research Unit. He has worked for international organisations such as the European Commission, the OECD, UNICEF, and the World Bank. He was a member of the Expert Group on Social Investment for Growth and Cohesion created by European Commissioner László Andor (2012-2013). He has been Fulbright Scholar at Harvard University (2014) and University of California, Berkeley (2015), Visiting Scholar at Boston University (2017, 2018), and Visiting Professor at University of Vienna (2019). His Oxford University Press book (with Anton Hemerijck) on the transformations of the European welfare state following the Eurozone and the pandemic crises is due in 2023.

Find all publications by Manos MATSAGANIS
Publications
See all
Recovery Watch series
Find all events with Manos MATSAGANIS
Events
See all
Recovery Watch series
XThis website uses cookies. Some cookies are necessary for the proper functioning of the website and cannot be refused if you wish to visit the website.
Other cookies are used for Advertisement and Analytics (Sharing on social networks, video playing, analysis and statistics, personalized advertising ...) You can refuse them if you want to.
REJECTACCEPTCookie settings
Manage consent