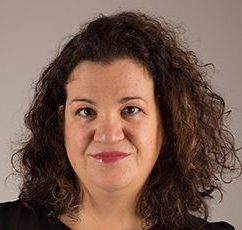 Mojca Kleva Kekus is a Slovenian activist, former Member of the European Parliament (S&D) and local councillor in the city of Koper for almost 10 years. During those years, she was active in civil society movements, mostly devoted to women’s emancipation and youth participation in politics.

She devoted her political career to policies and activities dealing with justice and fighting for equality between women and men. European projects were her passion already when studying international relations.

As President of the think tank Progresiva, she leads European projects relevant for Slovenia and the Balkan region.

Mojca is a Bureau member of FEPS and CEE Network for gender issues.

Her professional career started in Brussels in the European parliament as a junior adviser, continued in the Slovenian National Assembly and continues at the University of Primorska.

She is bilingual Slovenian-Italian and speaks English, Serbo-Croatian and Spanish.

On 17 and 18 June, the ‘Friends of the Western Balkans’, the newly established network […]
XThis website uses cookies. Some cookies are necessary for the proper functioning of the website and cannot be refused if you wish to visit the website.
Other cookies are used for Advertisement and Analytics (Sharing on social networks, video playing, analysis and statistics, personalized advertising ...) You can refuse them if you want to.
REJECTACCEPTCookie settings
Manage consent