As part of their research project ‘Climate justice: African perspectives and EU actions’, FEPS (Foundation for European Progressive Studies) and FMS (Foundation Max van der Stoel) launched a new policy study showing the impact of climate change on the African continent, as told by Africans themselves, and discussing the role of the EU itself in its climate policies, as well as other policies that impact Africa.

The launch event offered the chance to present the study and the concrete policy recommendations that are included in it so as to ease this process of a climate-just transition, but also discuss its findings with a number of European and African policy-makers and experts.

Climate change is the biggest challenge we face in the world today. Everywhere we see its impact and people are struggling with the devastating effects in their daily lives. For African countries, this is becoming more challenging every year.

Even though they are historically least responsible for causing climate change, the African region is hit hardest by its consequences. The most important decisions regarding climate action are often made by those who do not feel the biggest impact and who generally have better capabilities to deal with climate change themselves. Not everyone affected by climate change is able to make their voice heard in the decision-making processes.

When it comes to climate policies within the European Union, questions of climate justice are rarely prioritised. Within many other policy areas there is often little coherence between climate promises and policies, due to a lack of regard for the consequences they have on marginalised groups elsewhere. African perspectives are additionally not sufficiently taken into account.

As Africans are impacted so hard by #ClimateChange, it is crucial to hear their voices to include their perspectives also in the policies made here in the #EU, says @Anne_vdMeer at “#ClimateJustice: African perspectives and #EU policies” 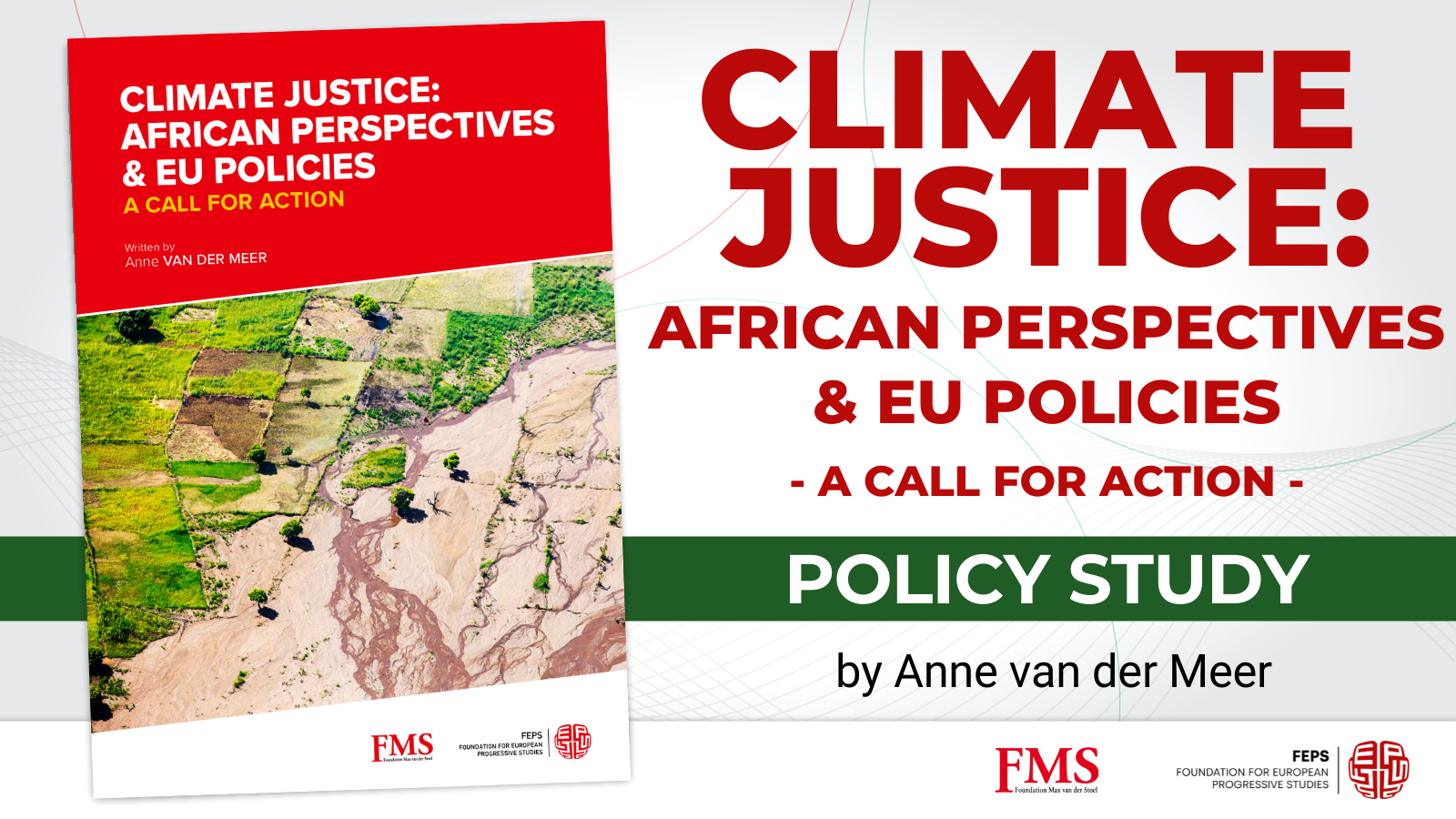 Find all related publications
Publications
See all
How just and how equal?
Lessons on re-framing the public debate on the climate crisis
Just Transition & Revitalisation
This is the first publication of the research project Builders for Progress
Find all related events
Events
See all
Upcoming
See all
Employment Policy Breakfast Series
Past
See all
Stockholm (Sweden), 3 June 2022 Urgent action is needed to prevent the breakdown of our climate and […]
12 May 2022 Ideas for Designing a Structural Transformation to Reduce Inequalities Policy discussions in […]
Find all related news
News
See all

by La 7 19/05/2022
XThis website uses cookies. Some cookies are necessary for the proper functioning of the website and cannot be refused if you wish to visit the website.
Other cookies are used for Advertisement and Analytics (Sharing on social networks, video playing, analysis and statistics, personalized advertising ...) You can refuse them if you want to.
Read MoreREJECTACCEPTCookie settings
Manage consent