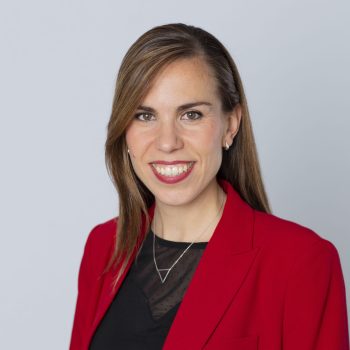 Ainara joined FEPS in September 2019. She has worked for 13 years as a communication specialist and multimedia journalist. In Brussels since 2012, she worked as Communications Director at the Women Political Leaders Global Forum; as Communications Coordinator at the European Parliament (Audiovisual Unit) and as Communications Advisor of the Member of the European Parliament and Vice-President of S&D Group Maria Joâo Rodrigues. As a freelance, she has also extensive experience as a radio/press/TV journalist and anchor, moderator of conferences and political debates and communication consultant, with a specialization on EU affairs and welfare, employment and gender issues.

Ainara holds a Master in Journalism from the Autonomous University of Barcelona. In the early years of her career, she worked as a Brussels-based multimedia correspondent for the Catalan News Agency and, in Spain, as a reporter and video-journalist for the different TV and radio channels.

Team
Find all events with Ainara Bascuñana
Events
See all
Online Conference, Tuesday, 4 May 2021, 09:30-13:00 CET via Zoom It took us a global […]
Virtual festival, 25-27 May 2021 ‘Recovering Europe: Mind the Social Gaps’ was the topic of […]
On Tuesday, January 26th FEPS hosted the workshop ‘Concrete Actions for Social and Affordable Housing […]
Find all news about Ainara Bascuñana
News
See all

The Nobel Laureate in Economics Prof. Joseph E. Stiglitz speak out about EU’s economic governance and fiscal rules […]
XWe use cookies on our website to give you the most relevant experience by remembering your preferences and repeat visits. By clicking “Accept”,
you consent to the use of ALL the cookies. However you may visit Cookie Settings to provide a controlled consent.
Read MoreREJECTACCEPTCookie settings
Manage consent