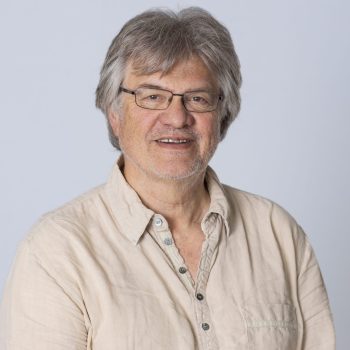 Dr. Uwe Optenhögel (born 1952) is a political scientist and economist. Uwe studied in Bonn, Washington D.C., Hamburg and Lisbon. He holds a master’s degree in political science and a PhD from the University of Hamburg. Prior to his work with FES he was a policy officer at the Cultural Authority of the city of Hamburg (1978-80) and CEO of an Education Cooperative in Lisbon, Portugal (1982-1984).

From 2013-18 Uwe Optenhögel was director of the Friedrich Ebert Foundation’s EU office in Brussels. Prior to this position, he was director at several international FES offices in Brazil, Cuba/Dominican Republic, Madagascar/Mauritius and the Scandinavian countries. From 1991 to 2004, Uwe Optenhögel was at FES headquarters in Bonn and Berlin, serving as head of the Department for Central and Eastern Europe and as International Director of the Foundation. He has been or is a member of the Task Force ‘Stability Pact for the Balkans’ (1997-2000), of the editorial board of the “Journal of International Politics and Society (IPG)”, of the Steering Committees of the “Petersburg Dialog” (2000-2004), of the European Task Force on ‘Security and Defence’ headed by Javier Solana (2014-2016), As of October 2017, he is CEO of the publishing house J.H.W. Dietz Nachf. in Bonn.

He currently serves as Vice President of the Foundation of European Progressive Studies (FEPS).

Apart from his work for FES, Uwe Optenhögel has been a freelance political analyst and consultant for a broad range of public and private organizations in Germany, Europe and beyond.

Bureau
Find all audiovisual with Uwe OPTENHOEGEL
Audiovisual
See all
XWe use cookies on our website to give you the most relevant experience by remembering your preferences and repeat visits. By clicking “Accept”,
you consent to the use of ALL the cookies. However you may visit Cookie Settings to provide a controlled consent.
Read MoreREJECTACCEPTCookie settings
Manage consent