Rising to the challenge: The left’s ambitions in Britain and Europe

For over a decade the Foundation for European Progressive Studies (FEPS) and the Fabian Society have started the year with a new year conference examining critical political issues facing the British and European left.

The 2022 edition of the conference examined the shared challenges facing the UK and countries across Europe. We debated the left’s ambitions, as we seek to rebuild our societies and economies after the pandemic and prepare for green transition and digital transformation. Each of the conference’s sessions focused on a big challenge facing both the UK and other European countries – in all we have identified fourteen. The day also included a keynote speech from UK Labour leader Keir Starmer and a senior European politician.

This was a hybrid event – with several hundred delegates gathering at the Friends’ Meeting House, in central London plus digital access for additional delegates and speakers. The digital format allowed us to include a wider range of non-UK speakers than has been possible with previous in-person FEPS-Fabian events. 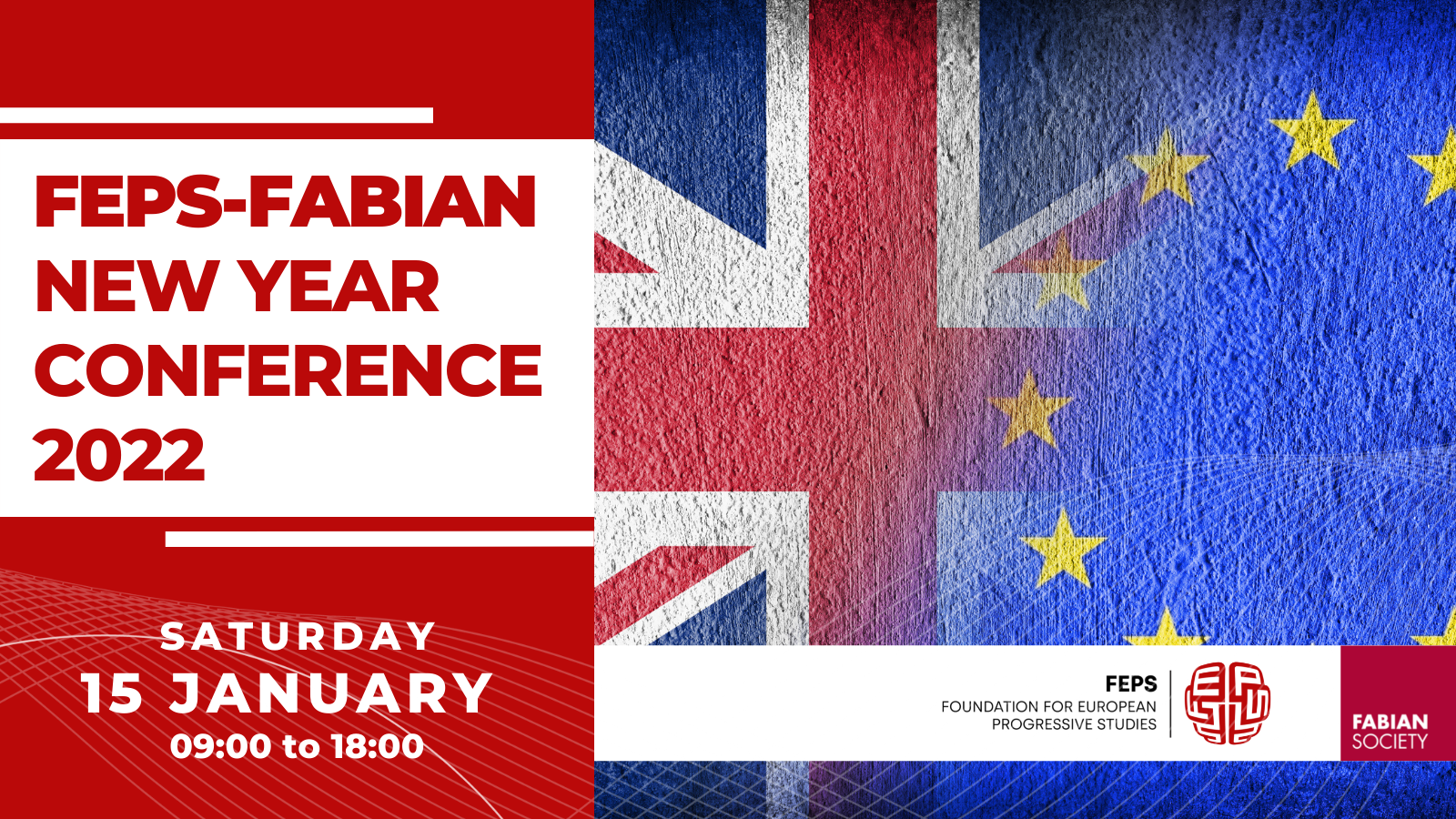 Find all related publications
Publications
See all
As vaccines allow a gradual return to a “new normal”, this book offers an invitation […]
Most of us spend most of our time at work. Work is what we do, […]
Policy Study by FEPS Young Academic Network (FEPS YAN) The paper outlines a vision of […]
Policy Study by FEPS Young Academic Network (FEPS YAN) Through its eclectic 20 principles, the […]
Find all related events
Events
See all
Upcoming
See all
School for young local leaders, 7 – 9 July, Reggio Emilia (IT) This year’s School of […]
Past
See all
26 – 28 may 2022, Certosa di Pontignano (Siena) This Vision conference organized with the University of […]
To mark the European Day of Solidarity between Generations, the Young European Socialists (YES) and the […]
Find all related news
News
See all

Siena conference on the Future of Europe

17/01/2022
XWe use cookies on our website to give you the most relevant experience by remembering your preferences and repeat visits. By clicking “Accept”,
you consent to the use of ALL the cookies. However you may visit Cookie Settings to provide a controlled consent.
Read MoreREJECTACCEPTCookie settings
Manage consent