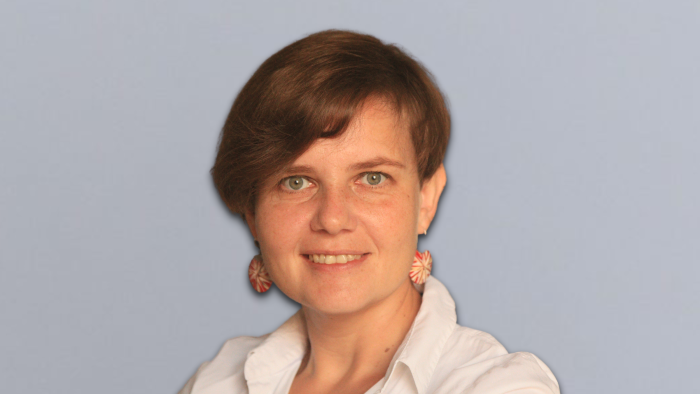 Director for Research and Training

Before joining FEPS in 2009, A. Skrzypek worked as a PhD researcher and taught at the Faculty of Journalism and Political Sciences at the University of Warsaw (2003 – 2009). In parallel, she served as twice consecutively elected Secretary General of Young European Socialists (ECOSY, 2005-2009).  She was a a co-founder of the united youth organization FMS (in 2001) and was a co-host of the TV studio of SLD-Unia Pracy 2004 European election campaign.

She is an author of over 100 published pamphlets, papers and articles, available in English, German, French, Spanish, Bulgarian, and Polish. She is an academic reviewer for “Przeglad Europejski” of Warsaw University and regularly appears on the radio (TOK FM) as the expert on EU affairs. She is also a member of the High-Level Advisory Board on international affairs for Nowa Lewica in Poland, which committee is chaired by Aleksander Kwasniewski, former President of Poland.

Within FEPS, her prior responsibilities include the Next Left Research Programme (together with the Oxford Symposia); the subthemes connected with Political Union (transnational politics) and democracy; alongside with the FEPS Training Pillar (newly founded OPU, and the well-established FEPS Young Academics Network, Ones to Watch, Autumn Academy). She leads FEPS European Progressive Observatory; and is a co-editor of the Progressive Yearbook and FEPS Primer Series. She represents FEPS at the PES Coordination Team and is in charge of the quarterly meetings between FEPS and S&D Group colleagues. As a Director, she also supports the work of the respective FEPS colleagues: on defending and deepening democracy; in the international field (regarding Ukraine, Russia, Middle East, Latin America, Australia, and New Zealand), on migration: on enlargement, neighbourhood policies and Western Balkans; and also in the dimension of gender equality portfolio that concerns questions of political participation.

Team
Find all publications by Ania SKRZYPEK
Publications
See all
How European and global social democracy can steer a course through the crises
How progressives across Europe can win
Reinforcing europarties ahead of the European elections
Making democracy resilient in turbulent times
Load more ...
Find all events with Ania SKRZYPEK
Events
See all
The participants of the FEPS ‘Ones to Watch’ initiative travelled to Bratislava, whereupon the invitation […]
The first meeting of the Next Left Focus Group (2022-2023 cycle) will be hosted by […]
FEPS, in cooperation with the Ignacy Daszynski Center, organizinged a discussion on the strategy of […]
Load more ...
Find all news about Ania SKRZYPEK
News
See all

On behalf of FEPS, Policy Network and Wiardi Beckman Stichting cordially invite to an event […]

TOWARDS A NEW STRATEGY FOR SOCIAL DEMOCRACY

Three former Prime ministers Massimo D’Alema (President of the FEPS), Alfred Gusenbauer (Chair of the […]
Find all in the media about Ania SKRZYPEK
In the media
See all

How the French social democrats could stage a comeback

by Social Europe 07/07/2022
Find all audiovisual with Ania SKRZYPEK
Audiovisual
See all
Load more ...
XThis website uses cookies. Some cookies are necessary for the proper functioning of the website and cannot be refused if you wish to visit the website.
Other cookies are used for Advertisement and Analytics (Sharing on social networks, video playing, analysis and statistics, personalized advertising ...) You can refuse them if you want to.
REJECTACCEPTCookie settings
Manage consent